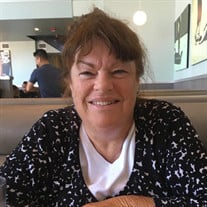 Sharon Marlene Cottle was born Sharon Marlene Kidder in Los Angeles on September 26, 1944 to parents Marie and Charles Kidder. She was the youngest of three children and was adored by her big brothers Charles and John. Sharon’s love of animals and strong inclination towards teaching was apparent from a young age. She often set up her pretend classroom of stuffed animals and dolls directly in front of the TV forcing her oldest brother Charles and her father to join-in. The Kidder household was full of activity and rescue animals which continued throughout her life. After graduating from California State University at Los Angeles in 1969, she began her teaching career in the Los Angeles public school district teaching grades fourth through sixth. Sharon met her would-be husband Bill Cottle, at a tennis match in San Francisco in 1977. They were married in the scenic backyard of Bill’s parents, C. Sidney and Elizabeth Cottle’s home, in Los Altos Hills, CA on September 1st, 1979 surrounded by friends and family. Bill and Sharon settled in Redwood City, CA following their wedding. Sharon openly embraced Bill’s passion for cycling and completed two century rides along the Pacific Coast from Carmel to San Simeon. The second of this ride was completed early in her pregnancy with their daughter Julie Marie who was born in January of 1982. Their son, Steven William joined the family soon after in July 1983 and in college Steven took up cycling after his dad. Sharon stayed home with the children during their first years and ran the children’s birthday parties and get-togethers full of classic elementary school art activities. She began substitute teaching in 1987 and in the fall of 1990, Sharon returned to teaching full-time at Encinal Elementary School in the Menlo Park, CA school district as a third grade teacher until her retirement in 2009. Sharon loved animals of all kinds, in particular cats and over the years the family adopted or rescued various critters including multiple kitties, guinea pigs, hamsters, mice, two turtles, seemingly ageless goldfish and the family favorite dog an Australian- German Shepherd mix Teddy “Theradore” Cottle. In 1994, Sharon wisely adopted Teddy against Bill’s wishes while at their family cabin in Truckee, CA with her son Steven after learning he was born on her birthday, September 26th. Animals were a staple in the Cottle household- from cats rescued by her brother John Kidder and his children, to “Choco” the chocolate guinea pig given to her by a beloved student in her first class at Encinal Elementary. This included the seemingly ageless goldfish “Chip & Dale” who “temporarily” moved home during summer of 1991 between Steven’s 3rd and 4th grade, but come the fall were asked not to return. Chip & Dale lived well into the early 2000s. Sharon was a member of the Church of Christ Scientist in Menlo Park. She will be fondly remembered for her lively spirit and wonderful laugh, her wicked bridge skills, love of all animals with a strong affinity towards cats and horses, roses, all things blue or pink, art and crafts and the sound of the ocean. She is loved deeply by her friends, family and animal companions and we are grateful for the time her energy graced us with its presence. She is survived by her loving husband Bill and her two children Julie and Steven and her two adoring black sister rescue cats, Cleo and Roxy. In lieu of flower the family requests that you kindly donate in Sharon’s name to the Redwood City, CA no-kill cat and dog animal rescue: https://www.petsinneed.org/our-mission To ensure the health and safety of our community, we are following all guidelines set by local, state and CDC officials. If you are planning on attending a service, please contact the funeral home in advance, so that we can plan accordingly.

Sharon Marlene Cottle was born Sharon Marlene Kidder in Los Angeles on September 26, 1944 to parents Marie and Charles Kidder. She was the youngest of three children and was adored by her big brothers Charles and John. Sharon&#8217;s love... View Obituary & Service Information

The family of Sharon M. Cottle created this Life Tributes page to make it easy to share your memories.

Send flowers to the Cottle family.