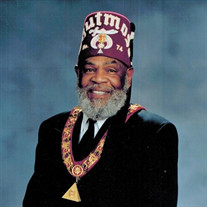 Melvin Thomas Coleman was born August 22, 1940, third child of Vincent and Beulah Coleman in Lorman, Mississippi. He graduated in 1958 from Alcorn Agricultural & Mechanical College (Alcorn) in Lorman, Mississippi with a Bachelor of Science Degree in Agriculture. After graduation, he moved to San Francisco, California in 1959 and remained until he peacefully departed his earthly life on August 13, 2021. In 1977, Melvin met and married Louise Gibson, and to this union a son, Christopher Melvin Coleman was born. Melvin is also father to Forrest Coleman and Rome Jones. Melvin had an illustrious career pursuing his passion for horticultural. He secured the prestigious job as a gardener for many of the City and County of San Francisco Parks and Recreation. His first assignment was in the Golden Gate Park, San Francisco’s premier tourist attraction. His work beautifying SF parks was not just a job for Melvin, horticulture was his passion. He was elevated to a management position and continued to ensure the parks were meticulously manicured. Melvin retired in 2000 after 40 years of employment. Upon retirement he continued with his passion for gardening and began a small landscaping business. Melvin did not want his quest for horticulture excellence to end; therefore, a “Melvin T. Coleman Scholarship” will be established and awarded annually to an Alcorn State University student pursuing an agricultural career. Melvin was a 50-year member of the fraternal order of Prince Hall Masons. He cherished the Masonic organizations and took pride in executing his many leadership positions. He served as the Worshipful Master, Secretary, Most Wise and Perfect Master, and Illustrious Potentate within the Blue Lodge Bayview 64, Golden Gate Consistory No. 295 (Scottish Rite), Thutmose Temple No. 74 (A.E.A.O.N.M.S Inc.) and Knights of Pythagoras Masonic organizations. Melvin would often return to Mississippi where he enjoyed fishing, hunting, and farming alongside his father, who instilled the value of hard work. He was a master at playing bid whist and enjoyed card games at the casino. His family adored him and described him as: quiet (when he spoke, you listened), had a gentle spirit, afro-centric (always wore a beanie), and debonair (greeted you with his big-beautiful smile). Melvin was also known as the family peacemaker, would give anyone the clothes off his back, and would rather take out his wallet rather than listen to an argument. Melvin had a passion for serving and helping others. His life’s work is epitomized by Christian songs, “If I Can Help Somebody” and “May the Work I’ve Done Speak for Me.” Melvin is a member of Providence Baptist Church located in the Bayview-Hunter’s Point neighborhood. His passionately worked with the PBC Shelter Program for the homeless. He was committed to serving the homeless until his health caused him to relinquish that service in 2016. Melvin is survived by his wife Louise; sisters: Audrey (Eddie) Murphy of Milwaukee, Wisconsin, and Connie Coleman of Lorman, Mississippi; children: Forrest (Tami) Coleman, Rome Jones of Sacramento, California, and Christopher Coleman of San Francisco, California. He also leaves to cherish his memories devoted grandchildren, nieces, nephews, and a host of other relatives and friends. Melvin will be very fondly remembered and missed by his lifelong friend, Mr. James Coleman. They shared a brotherly bond. He is preceded in death by both parents, Vincent and Beulah Coleman, sisters LaVerne Coleman Johnson and Joyce Coleman Nzerem, and brother Kenneth Coleman. Celebration of Life Service – August 21, 2021 Viewing 9 am to 11 am Providence Baptist Church 1601 McKinnon Avenue San Francisco, CA Rev. Dr. Leroy Adams, Jr. Funeral Service - 12:30 pm SkyLawn Funeral Home & Memorial Park Skylawn Blvd Highway 92 San Mateo, CA 94402

The family of Melvin Thomas Coleman created this Life Tributes page to make it easy to share your memories.

Send flowers to the Coleman family.