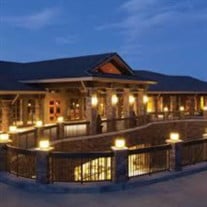 In June 2019, Fatima "Patti" Sabelino de Lumen's husband of 43 years, Liberato "Lito" Ocampo de Lumen, died unexpectedly from a heart attack in San Jose, California. Patti sought strength and support from her Catholic faith, friends, relatives, siblings, two children, and three grandchildren since her husband's passing. In less than 6 months, the devastating news hit her: her first health scare in a lifetime devoted to health, positive thinking, and well being for herself, her family, and friends. Born in 1952, Patti is the youngest daughter of Mrs. Teopista and Major Conrado S. Sabelino, Esq., former Assistant. Armed Forces Attache to the Philippine embassy in Washington, D.C. and posthumous recipient of the Congressional Gold Medal in recognition of his service during World War II. She maintained an uncanny discipline of connecting with her co-workers, friends, cousins, aunties, uncles, and other relatives which continued throughout her life, from her experience growing up in a politically connected family in Ormoc City, Leyte, Philippines. Patti crafted her love for interior design, art, music, and culture starting at Saint Peter's College in Ormoc City, Leyte, Philippines and earned a bachelor's degree at the University of the Philippines Diliman, Quezon City, Philippines. Her career spanned from her first professional work experience at the Development Academy of the Philippines, where she met Lito, to various roles in the airline industry from Philippines Airlines to her retirement from American Airlines in 2018 with a focused goal to travel internationally in retirement with her husband. Patti's commitment to health and wellness also grew her entrepreneurial spirit into a wealth of friends around the world. Patti's travels took her to holy shrines in Lourdes, France and her namesake in Fatima, Portugal. After a lifetime of airline travel miles from places like Dubai, Los Angeles, and Washington, D.C.; she settled with her husband in San Jose, California in retirement. Lito's death in 2019 delayed her plans, while planning her next adventure. Alas, fast forward into 2020 and a global pandemic: despite the powerful prayers from her community of friends, family, and caregivers she reached her final destination on December 10, 2020 in San Jose, California. In less than 18 months after Lito's death, Patti died from complications related to her illness. "My mom will be remembered most for her bubbly personality, faith and charisma," according to her daughter, Ferial de Lumen Villareal. Her son Luis de Lumen said, "Mom was resourceful before the internet." She lived with a flair for adventure, compassion for others, and driven by her personal success in life; she will be missed by a multitude of supporters over her lifetime. A rosary prayer vigil and viewing is at Cusimano Colonial Family Mortuary from 1pm-4pm at 96 West El Camino Real, Mountain View, California. The Requiem Mass will be celebrated at 11:30 am in Saint Julie Billiart Parish at 366 St. Julie Drive in San Jose, California. Burial follows at Skylawn Memorial Park on Highway 92 and Skyline Drive in San Mateo, California.

The family of Fatima "Patti" Sabelino de Lumen created this Life Tributes page to make it easy to share your memories.