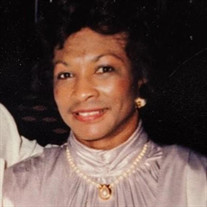 Gwen married Herbert Glenn Wynn, Sr. on July 26, 1964 in Stockton, CA. She attended Stockton College before transferring to the University of Hawaii on Oahu. Herbert was stationed in Hawaii, with the United States army, for two years. After returning to California, she took classes at a data processing and keypunch school in San Francisco, CA. She was then hired by a data processing company in Burlingame, CA where she worked as a night supervisor for two years. She applied to the Workman Compensation fund in San Francisco, CA where she worked for three years, applying her knowledge and key punching skills. Gwen was hired by Pacific Gas and Electric (PG&E) in downtown San Francisco. She later became a Shop Steward for The International Brotherhood of Electrical Workers Union 1245. Pacific Gas and Electric offered Gwen a position as a business representative for IBEW 1245 where she worked for three years. She was also on call 24/7 as Gwen loved working with people - she was a people's person. In her travels, Gwen attended conferences and seminars as far as New Orleans to Florida and many states in between. She retired from Pacific Gas and Electric in 2005 after 32 years. Gwen always had a drive for higher learning. She wanted the best education for her children, as well as for herself. Gwen returned to school at Skyline College and the College of San Mateo in San Mateo County, majoring in business. She graduated from Skyline College with a scholarship while working full-time at Pacific Gas and Electric. Gwen then applied to Golden Gate University in San Francisco, CA where she took advanced learning classes for CPA. Gwen took classes at Golden Gate University and advanced classes at night in Rohnert Park in Sonoma County, while she was still working full-time with PG&E. She graduated from Golden Gate University with honors. While at Golden Gate University, she was President of the University’s NAACP chapter. She also enrolled at Shiloh Bible college and took night classes in Oakland, CA. When Gwen completed her studies, she received her evangelist and minister’s appointment. Gwen was a devout Christian and member of Saint Peter's Church in Pacifica, CA for more than 40 years. She was an Acolyte and a Eucharistic Minister. She also helped train Acolytes, who are Eucharist ministers at Saint Peters church. She was a Minister of the Altar for Masses, Weddings, and Funerals. She served on the Pastoral Council for two terms, worked on many fundraisers, and was the first acolyte for Saint Peters church 1st 7:30 am masses, until others were trained or volunteered to serve at 7:30 am masses. Gwen enjoyed singing and was a soprano with the Saint Peter's choir for many years. She brought the Helen Stevens Singing Choir from Marin County to perform a concert for two years. She also served on many committees, the Renew Journey Bible Study for church and home, CCD (Confraternity of Christian Doctrine) classes for years, and held prayer meetings in church and in homes. Gwen was part of the Church Charismatic Group and Cursillo groups for Saint Peter’s Church in Pacifica, CA. She worked on many Cursillo team formations. A formation team would last nine months in preparation for a 3-day weekend retreat with as many as 24 candidates. She also worked as a Training Team Leader for the Cursillo weekend. Gwen was a devoted mother to her two children, Sabrina DeVol (Wynn) Mattson and Herbert Glen Wynn, Jr. She was also a devoted foster parent for 15 years. She raised four foster children, Aman Pride, Clarence Stevenson III and Aaliyah Real. The last one was nine months old and a premature birth who was reunited with her parents at 15 months of age. Gwen also has three grandchildren, twin girls Ariana Wynn and Sabrina Wynn and grandson Josh Mattson. Gwendolyn left behind numerous nieces, nephews and cousins. Gwen will be missed by family, friends, and all who love her. I know in my heart, she will hear “Well done my faithful servant”. Please note this writing is as I recall what the spirit has told me to write. Please do not judge. Thank You.

Gwen married Herbert Glenn Wynn, Sr. on July 26, 1964 in Stockton, CA. She attended Stockton College before transferring to the University of Hawaii on Oahu. Herbert was stationed in Hawaii, with the United States army, for two years. After... View Obituary & Service Information

The family of Gwendolyn Wynn created this Life Tributes page to make it easy to share your memories.

Send flowers to the Wynn family.