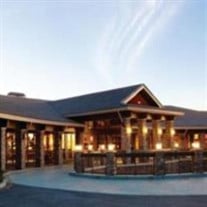 Wendy Redford, December 21st 1938 - May 31st 2020 Wendy passed half way through her 81st year. She was born in San Francisco, at the (old) Stanford Hospital. She attended Grant Grammar School and then Lowell High School, graduating with the spring class of 1957. Following that she attended City College of San Francisco. Wendy is survived by her beloved husband of 58 years, Jerry. They met at Lowell in 1954, and married seven years later in 1961. Both being only children, they decided not to have children themselves, but turned to boating. She joined the Coast Guard Auxiliary, of which she was a member for over 50 years, being on the National Staff for over 40 years. Their travels, mostly under Coast Guard orders for meetings, took them to approximately 43 of our states, arriving prior to meeting dates, and remaining after, touring those states. Their boats became their living room, kitchen and dining room, where she graciously hosted weekend gatherings of fellow boaters and friends. Together they traversed San Francisco Bay and it;s tributaries on into the delta. Wendy was a member of Peninsula Yacht Club for over 50 years. For the past 25 years, she was a member of the American Legion Unit 585 Auxiliary, continuing to serve military veterans and the public. Wendy became a paralegal secretary, having been hired initially by an attorney friend who needed a legal secretary and who subsequently taught her the profession. Following that, she worked mainly for criminal defense attorneys. Unfortunately or fortunately, she was terminated from five of those positions as those attorneys were appointed judges in San Mateo County, But immediately was employed by other attorneys. During this time, Wendy began art classes, and thereafter had art studios at the several locations of the Redwood City Art Center. She dealt in oil paintings, mostly of the sea, forests and wild life. Of her several hundred paintings, many were gifts to friends. In the past couple of years, Wendy's health began to decline, to the point she became bedridden and needed daily caregivers. Four weeks prior to her passing, Wendy was transported to Sequoia Hospital where she was diagnosed with a fast spreading cancer. She was released to a elderly care facility with 24/7 caregivers and hospice care where she passed three weeks later. Now Wendy is in a place where there's no more pain and suffering. Wendy was laid to rest in the Elks Club Brotherly Love section of the Skylawn Memorial Park, where she will await being reunited with Jerry in the future. To ensure the health and safety of our community, we are following all guidelines set by local, state and CDC officials. If you are planning on attending a service, please contact the funeral home in advance, so that we can plan accordingly.

Wendy Redford, December 21st 1938 - May 31st 2020 Wendy passed half way through her 81st year. She was born in San Francisco, at the (old) Stanford Hospital. She attended Grant Grammar School and then Lowell High School, graduating with the... View Obituary & Service Information

The family of Wendy Redford created this Life Tributes page to make it easy to share your memories.

Send flowers to the Redford family.