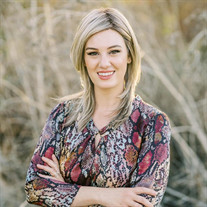 Family and friends, It is with great sadness and a heavy heart that we tell you of the passing of Roman's incredible wife, Tera Schoeneck-Yatskar. Over the last three years, Tera and Roman fought an extraordinarily difficult battle against cancer. Her bravery, strength, passion for life, and ability to remain optimistic were awe inspiring each and every day that we were all blessed to share with her. Tera was such a beautiful person with the brightest of lights. Born in Waupaca, Wisconsin, she was raised by the kindest of parents, Chip and Carol Schoeneck. Tera graduated from the University of Wisconsin-La Crosse and then moved to Minneapolis to begin her career. It is there that she met Roman and the two of them fell in love. After spending a couple of years in Minneapolis they made the move to California where they married. Tera became enamoured with California's striking beaches, gorgeous sunsets, welcoming people, and Ariat, a company that she adored and which over time became a part of her family. Throughout her life she was so many things to all the people that she knew: an amazing partner, a caring friend, and the most devoted of mothers to her puppy, Noelle. The boundless support that she received during her battles with cancer, especially during this last month was a reflection of how special she is to everyone. Her family is so thankful for all of the people in her life and the love and support they have and continue to share. Her husband and family are incredibly grateful for the time they had with her, the last month her husband spent with her in the hospital fighting every day, and the honor to have called her wife, daughter, sister, and friend. Her light was so great to this world it will forever remain.

Family and friends, It is with great sadness and a heavy heart that we tell you of the passing of Roman's incredible wife, Tera Schoeneck-Yatskar. Over the last three years, Tera and Roman fought an extraordinarily difficult battle against... View Obituary & Service Information

The family of Tera L. Schoeneck-Yatskar created this Life Tributes page to make it easy to share your memories.

It is with great sadness and a heavy heart...

Send flowers to the Schoeneck-Yatskar family.