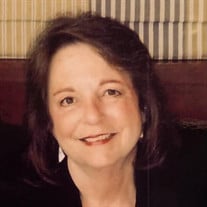 Susan Diane Lucas Royer, 79, of Moss Beach, CA passed away peacefully at her home on January 4, 2022. Born in Putnam County, Ohio on November 7, 1942, she was the only child of Donald B. Lucas, M.D. and Elinor J. Sanner Lucas. She graduated from Columbus Grove High School in 1960 and went on to obtain two degrees from The Ohio State University – a bachelor’s degree in Education in 1964 followed by a master’s degree in Sociology in 1968. During her time at Ohio State, she also met and married her husband of more than fifty years, Michael C. Royer. The two were married in 1966 in Columbus, OH and then moved to Cincinnati, OH in 1968 where Susan taught at the Washington Park Elementary School. In 1974, Susan and Michael moved to San Francisco, CA where she worked for a law firm in the city. In 1982, they moved to Moss Beach, CA and welcomed a son, Bradley Jordan Royer later that year. Susan was a devoted wife, mother, and neighbor and dedicated much of her time to supporting the community and her son and his activities – particularly his swimming. She loved photography, painting, her pets and horses, Fantasy Football, traveling, cooking, organizing a yearly Easter egg hunt, spending time with friends, and – most of all – her family. She was predeceased by her father Dr. Donald Lucas, her stepmother Louise DeFrancisco Lucas, her mother Elinor Sanner Lucas, her husband Michael Royer, her son Bradley Royer, and her stepsister Linda Taylor. She is survived by her sister-in-law, Jody Royer Barth of State College, PA, her nephew Richard C. R. Barth of Columbus, OH, niece Sarah Barth Dressel (husband Alec Dressel & children James and Kara) of Capistrano Beach, CA, niece Libby Barth Reitz (husband Jim Reitz) of Rochester, NY, and niece Melissa Jacobs Hill (daughter Elise) of Columbus, OH. While no formal memorial service is scheduled, an informal gathering of friends and family honoring Susan, Michael, and Bradley Royer will be planned sometime later this year. Friends and family may visit Susan, Michael, and Bradley Royer at the Skylawn Memorial Park, Hwy 92 at Skyline Blvd., San Mateo, CA. Condolences may be sent to skylawn.com. Donations in Susan’s memory may be made to: No Strings Attached, c/o Rich Croce, (650) 438-1514 or a nonprofit of your choice.

Susan Diane Lucas Royer, 79, of Moss Beach, CA passed away peacefully at her home on January 4, 2022. Born in Putnam County, Ohio on November 7, 1942, she was the only child of Donald B. Lucas, M.D. and Elinor J. Sanner Lucas. She graduated... View Obituary & Service Information

The family of Susan Lucas Royer created this Life Tributes page to make it easy to share your memories.

Send flowers to the Royer family.