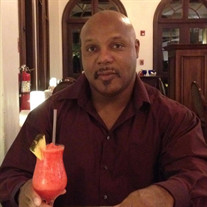 Steven Simpkins passed from this life to eternity on Friday October 22, 2021. He leaves behind a covenant wife of 24 years Rosana (Rosie) Simpkins and all his Simpkins family. This includes Moms and Pops Patsy and Thomas, brothers Robert (O Jam), Leonard (Len Dog) his wife Olga, and his sister Janice (Jan), and youngest brother Johnny (Big J) and his wife Tina Barnes, and several nieces and nephews. He also leaves behind in-law family on the Lozowski side. Brothers Paul and wife Genie, Joe, Horacio and wife Marianela, and sister Liliana and her husband Dan Daciuk and several nieces and nephews. He was born on August 23, 1964 in San Mateo, CA. He attended elementary school in San Mateo and then middle school at Turnbull and graduated from San Mateo High School in 1983. He then attended Skyline Community College and received his Bachelors of Arts Degree in Phycology from San Jose State University in 1988. His passions from a young age were many including soccer where he worked up in ranks to play semi-professional soccer. He was even asked to go to train in Germany by one of his coaches, but he chose not to go because he just began his relationship with Rosie. Up until recently he would watch the Premier League games when he could catch a match. His favorite Premier team was Manchester City, but his favorite World Cup team was always Germany because they played his style of “two-touch soccer”. His other passion was music, where he started his own business called Studio1 as a music studio engineer. He had an exceptional ear for music (even though he was self-taught on guitar and piano). He was known for his excellent Mastering skills He always took care of his friends like they were family. He loved them in his own quiet way. He was raised in the Baptist Faith and as a child occasionally attended St. James Church in San Mateo, Ca. with his Mom. He had a strong faith in Jesus Christ his Savior and Redeemer. He will be very much missed by his wife, family, friends, neighbors, members ofRosie’s church COEF in San Mateo, CA. and almost anyone who knew him. Skylawn Funeral Home and Memorial Park is requesting that all guests wear masks while on our property. Please reach out to Skylawn Funeral Home with questions or concerns regarding health and safety, parking and facilities, as well as questions about the Memorial Park. The hours of operation are Monday through Sunday, 8:30am-5:00pm.

Steven Simpkins passed from this life to eternity on Friday October 22, 2021. He leaves behind a covenant wife of 24 years Rosana (Rosie) Simpkins and all his Simpkins family. This includes Moms and Pops Patsy and Thomas, brothers Robert (O... View Obituary & Service Information

The family of Steven Simpkins created this Life Tributes page to make it easy to share your memories.

Steven Simpkins passed from this life to eternity on Friday October...

Send flowers to the Simpkins family.