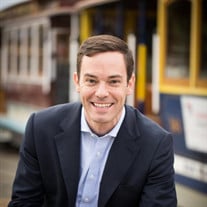 Ryan Christopher Popple was born on Nov. 9, 1977, in Elgin, Illinois. He was the beloved son of John and Cheryl Popple, and brother to his older sister, Jennifer. From an early age, Ryan felt called to adventures in the outdoors. He received his Eagle Scout Award at age 16. In 1996, Ryan graduated as salutatorian of his high school class and promptly left for Philmont Scout Ranch, where he would later work as a Philmont Ranger, guiding troops through the mountains of New Mexico. Having grown comfortable in the outdoors, Ryan came to better understand his role as a leader, a position of equal parts privilege and responsibility. In the fall, Ryan arrived at the College of William and Mary and enrolled in Army ROTC. The following year, he would meet his future wife, Jennifer. Upon graduation, Ryan received his Bachelor of Business Administration in finance and was commissioned as an armor officer into the United States Army. Ryan and Jennifer were married on July 6, 2001. They moved to Fort Hood, Texas, where Ryan would begin his first assignment as an armored cavalry officer with the 4th Infantry Division, 1st Squadron, 10th Cavalry Regiment — the famed Buffalo Soldiers. In March 2003, Ryan deployed with the initial invasion into the War in Iraq. He served with courage and honor, and was credited with allowing his task force to move faster and farther than any other unit in the history of the 4th Infantry Division. Ryan was awarded the Bronze Star for his role in enabling his squadron to be the first combat unit in his division to enter the Iraq theater. Upon completion of his service, Ryan was honorably discharged at the rank of captain. Ryan earned an MBA at Harvard Business School where he was elected a Baker Scholar. As a result of Ryan’s experiences in Iraq, escorting fuel convoys throughout the desert, Ryan chose to focus his career on the development and implementation of clean and sustainable transportation. His vocation led him to become the senior director of finance at Tesla Motors and later a partner at Kleiner Perkins and G2 Venture Partners, where he would invest in and mentor the next generation of clean-tech entrepreneurs. Ryan served as CEO of Proterra from 2014 to 2020, later being named co-founder and executive director. Under his leadership, Proterra became the leading manufacturer of zero-emission electric transit buses in North America. Ryan lived his life to the fullest, his passion for protecting the environment matched only by his enjoyment of its many splendors: Vacations were spent traveling with family and friends, skiing and snowboarding its mountains, climbing and camping its peaks, surfing, fishing and scuba diving in its waters. Ryan was a loving husband, devoted father, loyal mentor and friend. He lived the Scout Oath and Law during his life and saw his duty and honor toward his family, community and country as sacred responsibilities. He will be deeply missed, but his influence will be felt forever. Ryan is survived by his wife, Jennifer, and their three children, Aidan, Naomi, and Avonlea. For those wishing to pay their respects, a Visitation will be held for Ryan from 10 a.m. to 8 p.m. on Saturday, Jan. 29, at Skylawn Memorial Park in San Mateo, Calif. A Funeral Service in his honor will take place at 2 p.m., Sunday, Jan. 30, at the Community United Methodist Church in Half Moon Bay, Calif. Ryan Christopher Popple will be laid to rest at Arlington National Cemetery. Donations are being collected for the Coastside Land Trust to fund trail construction and to dedicate an overlook in honor of Ryan on his favorite Wavecrest Trail in Half Moon Bay on the Pacific Coast. To participate, please visit www.coastsidelandtrust.org/donate.

Ryan Christopher Popple was born on Nov. 9, 1977, in Elgin, Illinois. He was the beloved son of John and Cheryl Popple, and brother to his older sister, Jennifer. From an early age, Ryan felt called to adventures in the outdoors. He received... View Obituary & Service Information

The family of Ryan Christopher Popple created this Life Tributes page to make it easy to share your memories.

Send flowers to the Popple family.