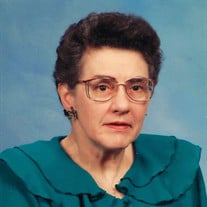 Evelyn Margaret “Peggy” (Bemis) Pagan-Quebec passed away peacefully after a brief illness on March 5, 2021. She was surrounded by her sister and daughters sharing stories about family and memories. Peggy was born 6/16/1933 in San Francisco, CA. daughter of Robert O. and Evelyn M. (Mohr) Bemis. She is survived by her brother Bruce Bemis, her sister Jeanette Bemis, and her daughters Neva Castro (J. Hill), Martha (Mike) Flynn, and Anna Hibbard (Richard Rence). She is Grandmother to Joseph Oswald, Stefani Cook, Michael Flynn, Charles Flynn, and David Hibbard, and Great Grandmother to Victoria Oswald, James Oswald, Justin Oswald and Julian Oswald. Peggy was preceded in death by her husband Alfred Quebec. She leaves behind many family members and friends that will miss her dearly. She was a graduate of Washington High School in San Francisco. She was an intelligent, sharp witted woman who worked in Title and Loan companies and gained the reputation of “the one who could figure out the complex Escrow problems.” After her marriage to Jim Pagan, she dedicated herself to raising her daughters. As the girls got older, she kept herself busy with Girl Scout activities; eventually becoming the Girl Scout Day Camp administrator at Huddart Park. She kept herself and her daughters involved in Church activities and made sure they played at least one musical instrument as well. After working as a Bookkeeper for local Law Offices, Peggy opened her own business- Peggy Pagan Bookkeeping, which she ran out of her home in Redwood City for many years. She worked with small business clients in the Redwood City area and did a good job for a fair price. She liked the idea of helping other small businesses succeed. After Peggy married Al Quebec, they enjoyed traveling and had many good times together participating in Masonic Organization’s Events. Peggy was a 65+ year member of Eastern Star- Golden Gate Chapter. She and Al supported each other as they "went up the line"; Peggy was elected Worthy Matron in 1991. Even though she had not been able to attend events in the last few years, she wanted to make sure she had her current membership card in her wallet. It showed one of the lowest numbers on the roster, to prove that she was one of the longest standing members of her chapter. Peggy struggled with her declining abilities related to Multiple Sclerosis for many years. The most difficult for her was her loss of clear speech, which made it hard for her to communicate with her family and friends. There were times when her speech was clear, and she would tell detailed stories about family history and things she had done in her life; those are treasured memories. It was truly a blessing to have been together with her during, and at the end of her life. A Memorial Service will be held for Peggy at Skylawn Memorial Park in San Mateo, CA on Saturday April 17th at Noon. Interment service will be held at 1:30 at the Veteran's Columbarium, where she will be placed with her husband Alfred Quebec. In lieu of flowers, memorial gifts can be donated to KQED Public Television, something that brought her much joy and information every day. To ensure the health and safety of our community, we are following all guidelines set by local, state and CDC officials. If you are planning on attending a service, please contact the funeral home in advance, so that we can plan accordingly.

Evelyn Margaret &#8220;Peggy&#8221; (Bemis) Pagan-Quebec passed away peacefully after a brief illness on March 5, 2021. She was surrounded by her sister and daughters sharing stories about family and memories. Peggy was born 6/16/1933 in San... View Obituary & Service Information

The family of Peggy Pagan-Quebec created this Life Tributes page to make it easy to share your memories.

Send flowers to the Pagan-Quebec family.