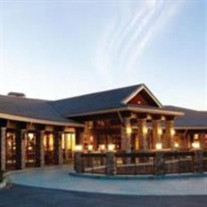 Kyui Yung Na Min was born on April 19, 1918 in Korea, in a village about 20 miles from Seoul. She attended Kyung Seung Teachers College and Seoul University, which was high educational achievement for the time. After graduation, her professional path included working at Kwang Hi Elementary School as a teacher, the Seoul Daily News as an editor, and the Korean Broadcasting Service as a journalist. She met her husband Chai Ho Min at KBS and they were married in March 1947. Geopolitical events in the form of the Korean War transpired to bring the couple and their 2 young daughters to America. Because of her husband’s renown as a radio broadcaster, they were invited by the Voice of America to emigrate to the United States in 1951. They initially initially settled in New York and their family was completed by the birth of a a third daughter. Thereafter, she dedicated herself to raising her children and homemaking. She was known for her beauty, intelligence, green thumb with plants, good cooking, and vivid storytelling. In later years, she was active in the Korean Presbyterian Church and served as a deacon. A lifelong reader and always well-informed, she was a resource to other seniors in her residential complex, assisting with translations and voter information. Except for a 10 year return to Korea with the diplomatic corps at the U.S. Embassy, the Mins have resided in California since 1963. They retired to Pacific Grove in 19777. After losing her husband in 1987, she moved permanently to San Francisco where she continued to live independently ever since with daughters close by. After a long and healthy life, this remarkable woman passed peacefully at home at the grand age of 102 on June 5, 2020. She is survived by her daughters Lesli, Cheryl, and Lisa and son-in-law Carl Jacobsen who all reside in the greater Bay area. Loved and admired by all who knew her, Kyui Yung Na Min will be greatly missed. At her request, no memorial service will be held. Donations to The Democratic National Committee (DNC) or the Humane Society of the United States (HSUS) are welcomed.

Kyui Yung Na Min was born on April 19, 1918 in Korea, in a village about 20 miles from Seoul. She attended Kyung Seung Teachers College and Seoul University, which was high educational achievement for the time. After graduation, her professional... View Obituary & Service Information

The family of Kyui Yung Min created this Life Tributes page to make it easy to share your memories.

Send flowers to the Min family.