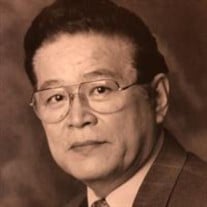 Kah Kyung Cho, distinguished Korean-American philosopher who specialized in phenomenology, hermeneutics, contemporary German philosophy, and East-West comparative philosophy, died on January 15, 2022, at the age of 94. Cho leaves a daughter, her family, and several siblings. Cho was born on June 7, 1927 in Seoul, Korea, during the Japanese occupation. After graduating from Seoul National University, Cho was one of the first Korean students to study in Germany, receiving his PhD in Philosophy from the University of Heidelberg in 1957. He studied under the noted German philosopher Karl Loewith, a student of Husserl and Heidegger. Cho lived in Korea during a period of great uncertainty and his experiences during this time had a profound impact on him. Cho was a university student in Seoul when the Korean War started. When the North Koreans captured Seoul, he decided to walk down the Korean peninsula to the southern city of Pusan, in the hopes of continuing his education. During this harrowing journey, he was captured and tortured by communist soldiers yet also experienced the generosity of simple country farmers who helped him hide. One day, an American plane, which were known to shoot anyone outside during the day, flew overhead while he was walking. Cho was certain he was going to be shot dead. For reasons unknown to this day, the pilot swooped down and looked at Cho, then flew away, allowing him to live. In Pusan, Cho, because he spoke English, was given a rifle and a pistol and pressed into service as a translator between a unit of Korean high school students attached to the US Army and their American officers. One of those American officers befriended him, released him from his duties after just a week and wrote a letter of recommendation to support Cho’s application to a government program sending Korean students to study in Europe. He treasured the letter of recommendation, now brown with age. Cho enjoyed an extraordinarily long career, almost 50 years of which were spent teaching at the University at Buffalo. He was a visiting professor at a number of institutions around the world, as well as a frequent keynote speaker at conferences. He wrote and published numerous philosophical works in Korean, English, German and Japanese, including Bewusstsein und Natursein. In 1998, Cho, by then a SUNY Distinguished Teaching Professor, was honored by philosophers around the world with a festschrift, a collection of essays written to celebrate a scholar’s career. A testament to Cho’s international reputation, the festschrift included articles by five German philosophers, four Japanese scholars, three Americans and one Austrian. Kah Kyung Cho, who started life with no advantages, made his mark in philosophy through the originality of his scholarship. Cho never forgot the generosity of others who enabled him to pursue the academic career he sought, and established the Kah Kyung Cho Excellence Fund at the University at Buffalo to support students of philosophy. Any donations in Cho’s honor can be made to the Kah Kyung Cho Excellence Fund at the University at Buffalo (www.buffalo.edu). There will be a private service for immediate family in San Mateo, California. Online condolences at rohdefuneral.com.

The family of Kah Kyung Cho created this Life Tributes page to make it easy to share your memories.

Send flowers to the Cho family.