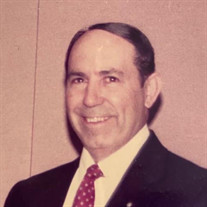 Joseph Espinosa Torres died peacefully in his sleep on November 12, 2021 at 6:14 p.m. surrounded by family at his home in San Bruno. He was 94 years old. Joseph was born August 21, 1927 in Sunnyvale, California in a wood cabin on Evelyn Street.... View Obituary & Service Information

The family of Mr. Joseph E. Torres created this Life Tributes page to make it easy to share your memories.

Joseph Espinosa Torres died peacefully in his sleep on November...

Send flowers to the Torres family.