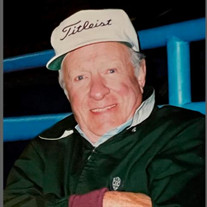 John D Long Obituary John D. Long, beloved father, husband, brother, and friend, passed away in his home at the age of 96, on February 4, 2022. His wife, Mary, preceded him in death two years prior. Over the last seven months of his life, John continued to live in the family home of 63 years and host his five children (and their partners/spouses): John (Karen), Denis (Mela), Donald, Kathleen (Bob Callaway) and Bill (Cece). He also enjoyed visits from his seven grandchildren, other relatives, and a few close, dear friends. John was born on Union Street in San Francisco, on January 29,1926, to Florence DePalma and John Davis Long. His sister, Imogene, was born 18 months later and they were raised in the Richmond district. John and Imogene attended George Washington High School. John met Mary Sevilla on her front doorstep at her sister’s wedding shower. They were married a year later on September 7,1947, and continued to celebrate their marriage for 72 happy and fulfilling years. All five Long children were born in San Francisco, as John built his food catering and distribution business, Lucier Salads. His business partners were his stepfather, Vern Lucier, his brother-in-law, Sam Passanisi, and his friend, John Benedetto. John and Mary moved their growing family to San Mateo in 1959 and over the next 64 years they created an active and welcoming home to a multitude of family and friends. John loved his garden, especially his apricot trees, and he was a happy and eager golfing participant at the Green Hills Country Club in Millbrae. John’s humor, kindness, and the twinkle in his eye will be greatly cherished by all who were lucky to know him. A celebration of his life will be held at Skylawn Memorial Park, San Mateo on April 30 from 11 AM to 2 PM. The family requests that donations be made to Mission Hospice of San Mateo which provided exceptional care and kindness.

John D Long Obituary John D. Long, beloved father, husband, brother, and friend, passed away in his home at the age of 96, on February 4, 2022. His wife, Mary, preceded him in death two years prior. Over the last seven months of his life,... View Obituary & Service Information

The family of John Dawson Long created this Life Tributes page to make it easy to share your memories.

Send flowers to the Long family.