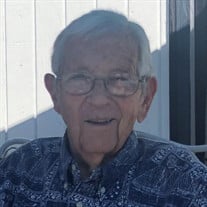 Jack was a born salesman, outgoing with a shrewd head for business. He was the middle son to his late parents, Beatrice and Lowell Starkey and a loving brother to Roger and Stanley. He grew up in Cleveland, OH, graduated from Miami University in 1955. At Miami, Jack was a ROTC candidate with the US Navy. Upon graduation he spent two years on active duty before he started to head west, spending time in Chicago, IL before moving out to Los Angeles. After a couple years in LA, Jack met his future wife Phoebe and convinced her to move up to San Francisco. Jack and Phoebe married in 1969 and settled down to start their family in Belmont, CA. Jack was a loving husband and dedicated father to his two children Jillian and Kyle. He later welcomed his son-in-law Kevin and his two grandchildren; Alexander and Katherine into his family. Jack spent most of his career in computer software sales, spending time at companies such as IBM, Control Data and Teradata. In the mid-70’s this space was just developing and Jack loved being in the middle of it all. As the global software market began to grow, Jack was excited to take on key assignments in Melbourne, Australia and London, England; exposing his family to lifelong adventures and a love to travel. In additional to his professional career, Jack continued with his Navy service in the reserves, retiring as a Commander in 1984. Throughout his adult life Jack never lost his passion for sailing or skiing and loved to share his passions with friends and family. After retiring, Jack was able to focus on his secondary passion in investment, managing not only his own portfolio but helping others to manage theirs as well. Jack was happiest talking about the market and how best to weather the investment waves. Phoebe and Jack traveled continuously, enjoying trips with friends and seeing new cities. Jack was a big personality with strong and well intention-ed opinions to be shared with whoever was listening. He is remembered in his family and friends hearts with great love and fondness. Memorial services to honor Jack will be held sometime later in 2020 when it is deemed safe to celebrate his life together with family and friends. Jack is survived by his son Kyle of Scottsdale, AZ, daughter and son-in-law Jillian and Kevin Wille, and his grandchildren, Alexander and Katherine of Park Ridge, IL. For those that are interested, donations can be made in Jack’s name to Call of the Sea, Alan Olsen Sustainability Fund an on the water youth education program or the Alzheimer’s Association. To ensure the health and safety of our community, we are following all guidelines set by local, state and CDC officials. If you are planning on attending a service, please contact the funeral home in advance, so that we can plan accordingly

Jack was a born salesman, outgoing with a shrewd head for business. He was the middle son to his late parents, Beatrice and Lowell Starkey and a loving brother to Roger and Stanley. He grew up in Cleveland, OH, graduated from Miami University... View Obituary & Service Information

The family of Jack L. Starkey created this Life Tributes page to make it easy to share your memories.

Jack was a born salesman, outgoing with a shrewd head for business....

Send flowers to the Starkey family.