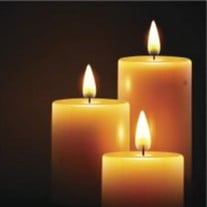 Hosnara Abdi was born on November 28, 1936 in Hamedan, Iran to Vajiheh and Nejat. She and her family moved to Tehran when she was less than one year old. Although she had a warm childhood and full life in the capital city of Tehran, she still had a lot of love and felt very connected to her city of birth, Hamedan. She was the only child from the union of her parents but had five siblings through her parents’ second marriages: three sisters, Mahin, Maghsoodeh, and Manijeh, and two brothers, Ahmad and Parviz. From her first marriage to Mr. Afnani, she had two sons: Muneeb and Muin. While married, she finished her education in nursing and started her career as a surgical nurse at Namdaran hospital in 1957. She was a highly regarded professional and she was soon promoted to the managing director and Head of surgery and maternity at Namdaran. In 1962, she married for the second time to Mohammad Safai, and through this union, her daughter and son were born: Azita and Arash. Hosnara was an extraordinary person, devoted mother and dedicated career woman who was always eager to lend a helping hand. She was exposed to tragedy throughout her life, first by losing her loving mother, Vajiheh, at a very young age followed by the loss of her beloved brother, Ahmad, her first born, Muneeb, and finally her husband, Mohammad. Despite these tragic events, she maintained a positive attitude and travelled across the ocean to be with her children and grandchildren. She gave them continuous love and support with no expectations. Hosnara departed this life on Tuesday, July 13, 2021 at Sequoia hospital after saying her goodbyes to her immediate family. She was preceded in death by her parents, her husband, her eldest son, one brother and two sisters. She leaves to cherish her memory: her sister, Manijeh Shahbazi, her brother, Parviz Abdi, her son and spouse, Muin and Soheila Afnani, her daughter and spouse, Azita and Maher Nejad, her youngest son, Arash Safai; grandchildren, Anisa, Ahva, Yassy, and Parsia, and great grandchildren, Eliana, Idris, and Leyla; and a host of nieces, nephews, family and friends.

Hosnara Abdi was born on November 28, 1936 in Hamedan, Iran to Vajiheh and Nejat. She and her family moved to Tehran when she was less than one year old. Although she had a warm childhood and full life in the capital city of Tehran, she still... View Obituary & Service Information

The family of Hosnara Abdi created this Life Tributes page to make it easy to share your memories.

Send flowers to the Abdi family.