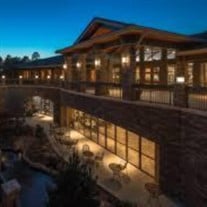 March 19, 1924-August 2, 2020 96 Years Aug 2, 2020 in Millbrae, California Dad was the last of 10 children to be born to Morris and Nettie Sinaisky in Winnipeg, Canada (originally from Russia) and the only one in his family born in a hospital. His parents owned a mom and pop corner grocery store and all the kids helped in the store. Dad would say "We were poor (all he had was hand me downs being the youngest) but we never ran out of food". He especially enjoyed playing hockey growing up in Canada. When the war broke out, he enlisted at age 18. He survived active duty for many years receiving several medals. He fought in the Battle of the Bulge for the Allied Forces (Canada) alongside the Americans to defeat the Nazi’s in World War 2. Returning from the war, Dad met the love of his life, our mom, Nancy, on a blind date. They were married in Aug of 1949. They moved from Winnipeg to San Francisco in 1952 when Gordon's buddies decided to open a few appliance stores there. He was asked to manage one of the “Young Brothers” stores on Geary St. He changed his last name to Sennett and they became US citizens. His growing family moved to the suburbs (Daly City) where they raised 4 kids-Wesley, Melissa, Glenn, and Keith. My parents were active members of Congregation B’nai Israel. Gordie worked hard-6 days a week but always made time for family on Sundays. The family went to Chinatown each Sunday night for dinner! One of his greatest loves was sports. He never missed a game up till the end. He became the most loyal Sharks, 49er and Giants fan. You could see him wearing his sports gear at every game. He also loved comedians, especially Don Rickles. As the kids got older, Nancy and Gordon moved to San Mateo and he enjoyed becoming a Zadie to his beautiful grandkids. He was so proud when he also became a great grandpa 3 years ago. After Young Brothers he continued working at Gemco, Macy’s, Circuit City, and Sears, always selling TV’s and appliances. He would say "we may not be the richest on the block but we were always the first to have the latest and best TV’s!" The Sennett's house was the hang out -probably because they owned the first color TV on the block! Nancy and Gordon enjoyed traveling especially to Hawaii,Israel and casinos in Reno and Vegas. Gordie retired when Nancy died in 2002 and moved to the Villa in San Mateo for many years. During retirement he took his kids/grandkids to Vegas and a memorable family cruise to Alaska. He later tried to find the best retirement spot in different places including Lincoln, Palo Alto, and Santa Clara. In 2015 he found his last home at the Magnolia of Millbrae. There he met Margo, his companion for the last 4 and ½ years. They were a “couple” and spent time together going to casinos, dinners, and movies. Margo said that “Gordon was the sweetest man she’d ever met. “ On Aug 2, 2020, Gordon took his last breath with family members by his side. The family attended a small outside funeral on Wednesday, August 5th at Skylawn where he is resting in peace beside our mother. For the last 18 years when we would visit mom on Mother’s Day, Dad always said “I’m not ready yet DEAR…Not until the Sharks win a Stanley Cup." We then gathered at Missy’s house for a little social distance storytelling and enjoyed a zoom minyan gathering with many more stories. We will always remember him as a gentle, humble and mild -mannered man with a great sense of humor. We will all miss our dad/zadie dearly. We love you! Gordon is survived by his children, Wesley Sennett, Melissa Brenner (Ken), Glenn Sennett(Robin), and Keith Sennett (Christine) and his grandchildren, Dawn Sennett, Ryan (Daniela), Jordan, and Courtney Brenner, Josh (Michal) and Alexa Sennett, Kelsey and Bridget Sennett and his Great Grandson, Luka Brenner. In lieu of flowers, If you’d like to make a donation, please consider Peninsula Temple Beth El or Wornick Day School.

March 19, 1924-August 2, 2020 96 Years Aug 2, 2020 in Millbrae, California Dad was the last of 10 children to be born to Morris and Nettie Sinaisky in Winnipeg, Canada (originally from Russia) and the only one in his family born in a hospital.... View Obituary & Service Information

The family of Gordon Sennett created this Life Tributes page to make it easy to share your memories.

Send flowers to the Sennett family.