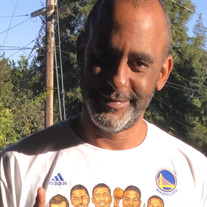 Felix was born in Los Angeles, California in 1973 to Ginny and Felix, Sr., who had moved from Minnesota with Ginny’s older sons Peter and Mark. By 1976, Ginny, Mark and Felix, Jr., were living in Fremont, where Felix happily spent his early childhood, running the pint-sized population of Pathfinder Village apartment complex. Ginny and Phil met at church in Fremont in 1980, and two years later they married and moved with Felix to San Carlos, while Mark went off to college. Felix faced and overcame the challenge of starting life in a whole new city and neighborhood on his own. He quickly charmed a local crew with his fun-loving humor and adventurous spirit. Felix got into some trouble in his early teens and ended up finishing his education at a boarding school in Idaho, where he again became a favorite of his peers and achieved some major milestones, including a three-day wilderness challenge in the cold and snow. Returning home in 1991, Felix did warehouse work in Redwood City for several years, then started an apparel distribution business. In 2004, Felix met Whitney, the love of his life, and began helping her raise her lovely, talented daughter Adriana. Then came the happy news that Felix and Whitney were going to have a baby girl, who was born in 2009. Felix and Whitney were married in a beautiful ceremony in Hawaii. Since the time little Sonia was born, she and Felix have been inseparable. In 2016, defending his brother Mark and young Sonia in a scuffle at a movie theater, Felix ended up catching a court case. Amazed that a heroic act of defending his family would lead to a prosecution, he nonetheless pleaded no contest. Felix was a life-long fan of the East Bay sports teams: the Cal Bears, the Raiders and the Warriors. He and his mom Ginny were regular season ticket holders, and his family could always rely on sports memorabilia and regalia to be a perfect birthday or Christmas gift. Felix suffered a cardiac arrest on March 25, 2021, after which he never regained awareness. He drew his last breath on the morning of April 16. He is survived and mourned by his loving wife Whitney Turner James, dear stepdaughter Adriana Apu and darling daughter Sonia James; his cherished mother Ginny Warnes and stepdad Phil Warnes; his brother Peter and sister-in-law Kelly Brustman, brother Mark Brustman, sisters Teal Brown and Lisa Kirkpatrick and virtual step-siblings (though cousins) Lisa Hawkins and Glen Warnes; his aunt Judy Bergstadt and uncle John and aunt Tammy Lindberg; many cousins in Minnesota and California; and his many devoted and grieving friends on the Peninsula and across the country; and, of course, his furry buddies Carmelo and C.J. Felix’s remains will be cremated and interred at Skylawn cemetery in a private ceremony. A public memorial and celebration of his life will follow on May 1 with details to follow. In lieu of flowers and gifts, please make a donation to one of the following causes that were important to Felix. • Black Lives Matter: Support the Movement https://secure.actblue.com/donate/ms_blm_homepage_2019 • Pets in Need https://www.petsinneed.org/ • NAACP: Advancing the Black Agenda in 2021 https://secure.actblue.com/donate/naacp-1-2021-advancingblackagenda-mainweb • Second Harvest of Silicon Valley https://www.shfb.org/ To ensure the health and safety of our community, we are following all guidelines set by local, state and CDC officials. If you are planning on attending a service, please contact the funeral home in advance, so that we can plan accordingly.

Felix was born in Los Angeles, California in 1973 to Ginny and Felix, Sr., who had moved from Minnesota with Ginny&#8217;s older sons Peter and Mark. By 1976, Ginny, Mark and Felix, Jr., were living in Fremont, where Felix happily spent his... View Obituary & Service Information

The family of Felix Odell James Jr. created this Life Tributes page to make it easy to share your memories.

Felix was born in Los Angeles, California in 1973 to Ginny and...