How can we best help you?

Let us guide you.

A loved one has passed

A loved one is about to pass

I'm planning for the future

We have received your request.

You will receive an email confirming your request, and one of our trusted advisors will be contacting you soon.

One of our trusted advisors will be contacting you shortly. If this is an urgent matter, please call (650) 227-3142 anytime.

One of our trusted advisors will be contacting you shortly. Our commitment is to be with you and your family and to serve you in a genuinely caring way.

Back to News & Events

How Long is Too Long for an Obituary?

If a loved one has died, you may be asked to write an obituary. It may seem like a daunting task, and many people wonder if they’ve written enough or rambled on for too long.

How long should an obituary be? The average is about 200 words, with some reaching more than 400 and others as brief as 50. On the other hand, there have been some famous examples of extremely lengthy obituaries. The New York Times has published some very lengthy obits over the past 40 years, including:

That kind of length is impractical for most people, even those who have led very interesting lives. A long obituary can also be costly, as newspapers typically charge by the line. Families can often save hundreds of dollars by choosing an online obituary.

At Skylawn Memorial Park, we host online obituaries complete with photos, videos and online guest books for the families we serve. Call us at (650) 227-3142 for more information. You can also view our existing obituaries by visiting the Obituaries page on our website. 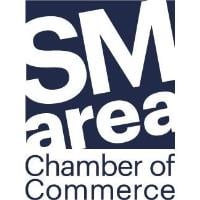